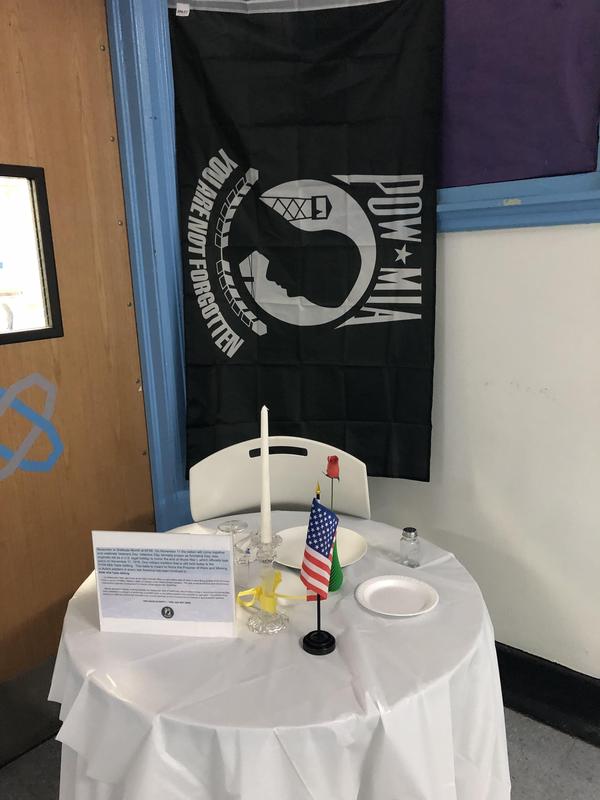 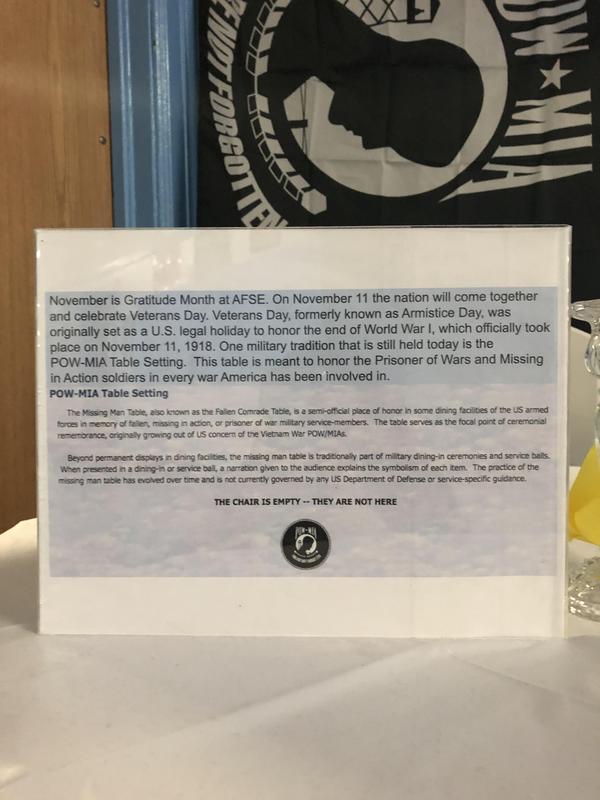 The chair is empty - They are not here
November is Gratitude Month at AFSE. On November 11 the nation will come together and celebrate Veteran's Day. Veteran's Day, formally known as Armistice Day, was originally set as a U.S. legal holiday to honor the end of WWI, which officially took place on November 11, 1918. One military tradition that is still held today is the POW-MIA Table Setting. The table is meant to honor the Prisoners of War and soldiers Missing in Action in every war American has been involved in.
POW-MIA Table Setting/Fallen Comrade Table is a semi-official place of honor in some dining facilities of the US armed forces in memory of fallen, missing in action, or prisoner of war military service-members. The table serves as the focal point of ceremonial remembrance, originally growing out of US concern of the Vietnam War POW/MIAs..
Beyond permanent displays in dining facilities, the table setting is traditionally part of military dining-in ceremonies and service balls. When presented in a dining-in service ball, a narration given to the audience explained the symbolism of each item. The practice of the table setting has evolved over time is not currently governed by any US Department of Defense or service-specific guidance.